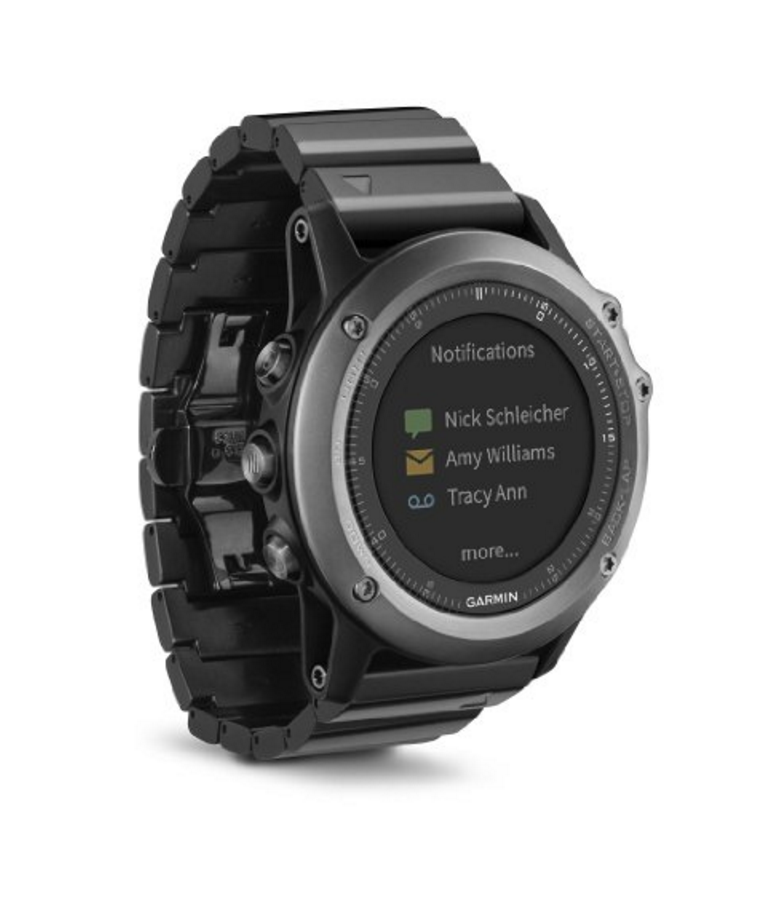 Another amazing watch from Garmin that supports the ConnectIQ platform.

Review and post on the ConnectIQ platform coming soon.

“I would assume those who are interested in Fenix 3 have at least had some knowledge regarding Garmin’s new product line and may have ordered or at least tested the 920XT. Function-wise, Fenix 3 is similar in 920XT and you can now find a lot reviews on the web.

What I like the Fenix 3 over 920 is its shape. It is thicker than the 920, but not that much, and it is definitely much thinner and slimmer than the Fenix 2. And Garmin has learned from modern laptop design, that the edge of the watch is thinner than the center, therefore when you put the watch on the wrist, it looks thinner than it really is. It is a little heavier than 920 as well, but you’ll get used to it in 1 or 2 days. I’ve attached 2 figures comparing the FR220 and the Fenix 3.

The display is as good as 920, and maybe its my illusion but I think it is actually better than 920, the color is sharper and more vivid. The 3-field or 4-field looks great in the round face. All fields are carefully adjusted and can be seen clearly even when you are on your bike and mount it on the bar.”